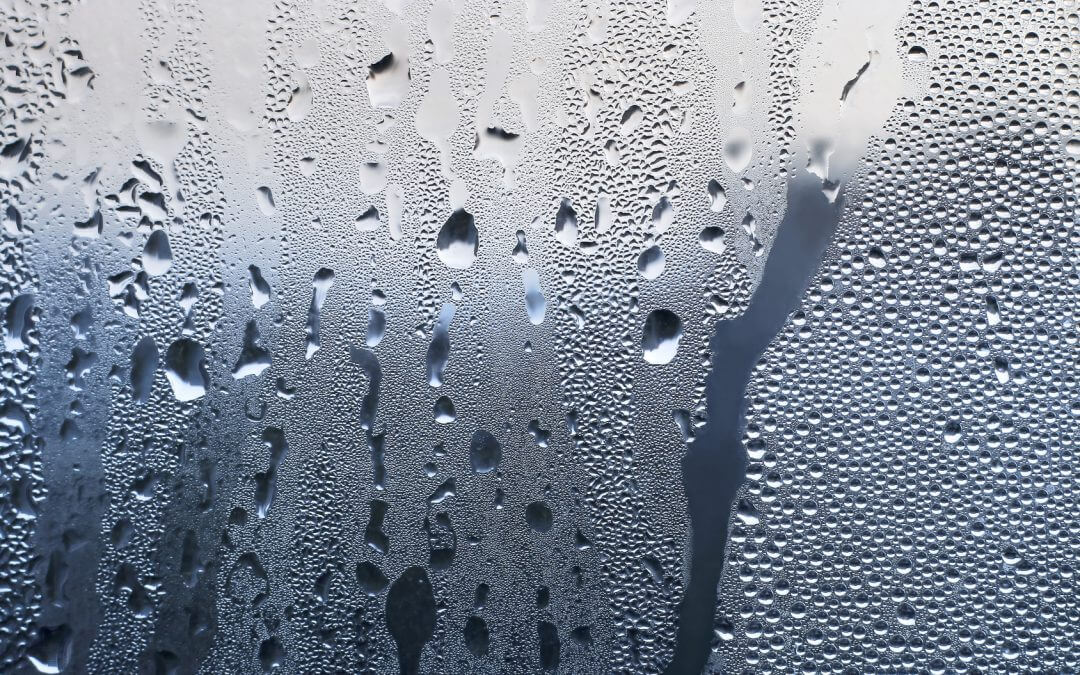 Do I have condensation on my walls?

Most of us will have seen condensation appear on windows or glass after an activity like showering or cooking that releases a lot of moisture into the air. However, when condensation then starts to appear on the walls this can be an sign that it has developed from a nuisance into a problem.

If you begin to notice the appearance of damp patches on walls or wallpaper beginning to peel from the wall, this could be a sign of condensation on your walls. This can sometimes be accompanied by an unpleasant damp, musty smell around the room. If left untreated, condensation on your walls can create a perfect environment for various types of mould to begin to germinate. It is recommended that if you see black mould beginning to form on your walls then you should take action.

Why is condensation on my walls?

Condensation can appear on any wall in your property if the air ventilation in the building is not adequate enough. Warm humid air is created through everyday activities such as cooking and bathing. This warm air is then trapped in the atmosphere and ends up finding its way onto the walls and wallpaper. It releases water droplets that can ultimately damage paint, plaster or wallpaper and lead to potential health hazards.

Ventilation of your property is key to preventing condensation in the property and making its way onto your walls.

As we’ve explained, condensation occurs when conditions are humid. A build up of excessive humidity and moisture is exacerbated by a lack of air ventilation in the building.

Modern living standards, such as double glazing and insulation, can also exacerbate the problem as moisture laden air can not escape your home. They may keep us warm, but they can also seal humid, damp air inside a property. Ventilating your home provides a way for the moisture in the air to escape from your home.

Condensation is the change of water from its gaseous form (water vapor) into liquid water.

It mostly occurs in the atmosphere when warm air rises, cools, and loses its capacity to hold water vapour, therefore releasing it into the atmosphere.

It usually appears in the home as droplets of water on the inside of windows or on walls after, for example, you’ve had a hot shower, boiled the kettle or been cooking.

The reason this happens is that warm air, which is full of moisture, comes into contact with a wall or window that is colder. Because the warm air is unable to retain the same amount of moisture, the water is released onto the cold surface.

This can also happen when warm and cold air meet, causing condensation which is visibly formed (think of the puff of cloudy breath that forms when you exhale in freezing temperatures).

Sometimes condensation can be more easily dealt with by removing the sources of moisture or through ventilating the property. However, if it is forming regularly it can develop into damp problems such as black mould, which is a health hazard.

The signs of condensation will usually worsen during cold weather and when you have the heating on in your home and windows closed, whereas other types of damp tend to worsen during wet weather and heavy rainfall.

Six causes of condensation appearing on your wall

You’ll notice if you’re doing the washing, taking a shower, or making a cup of tea, that the atmosphere may become more humid.

That is because moisture is being released into the home.

However, as the room air temperature drops, the ability for air to hold moisture reduces.

At this point, the air becomes too saturated, leading to water droplets (condensation) forming on cold surfaces, including the wall and ceilings of your home. This is why you will be more likely to see mould forming on cold external walls. It can also commonly occur at the wall to ceiling junction where insulation isn’t present in the roof space

If you have problems caused by recurring condensation, you’ll eventually know about them as the signs are pretty easy to spot.

Can condensation make you ill?

Condensation in itself is harmless, but if left untreated over a period it can cause the kind of damp problems that will have serious consequences on health.

Issues such as damp, moisture and mould are said to not only trigger asthma, but may also cause other respiratory problems such as allergies, bronchitis and even lung disease.

This happens after mould spores enter your nose, which can cause allergy symptoms such as sneezing and coughing.

If they enter your lungs, it can trigger asthma.

Some people may develop a more serious illness known as allergic bronchopulmonary aspergillosis – this is when someone has both an allergic and inflammatory response to mould spores. The symptoms are similar to that of asthma including wheezing, coughing and shortness of breath.

How can I improve my home’s ventilation to prevent condensation on my wall?

In some cases, this can be by simply opening a window.

However, there are instances where this may not be enough to resolve the issue.

In that case, advice should be sought from specialists to find out where the root of the problem lies and how the ventilation of your home can be improved.

Often, simply leaving the windows ajar in the rooms where condensation is a problem can help the humid air to escape and prevent condensation from causing damage.

If you don’t want to leave the windows open all the time, try opening them when you’re performing activities that produce a lot of water vapour, like boiling the kettle, showering, or cooking.

When performing these activities, remember to also close the doors to the rest of the house to prevent the humid air from escaping and spreading around your home.

If opening windows isn’t enough, or you’re looking for a much more permanent solution to your condensation problem, get in touch with our team of experts here at Atlantis to find out more about our cost-effective ventilation systems.

Just some of the ventilation solutions that may help to rid your property of condensation include:

If you need help resolving a condensation problem in your property, you can give our experts a call on 0800 0988 277.

You can find out more about which cookies we are using or switch them off in settings.

This website uses cookies so that we can provide you with the best user experience possible. Cookie information is stored in your browser and performs functions such as recognising you when you return to our website and helping our team to understand which sections of the website you find most interesting and useful.

Strictly Necessary Cookie should be enabled at all times so that we can save your preferences for cookie settings.

If you disable this cookie, we will not be able to save your preferences. This means that every time you visit this website you will need to enable or disable cookies again.